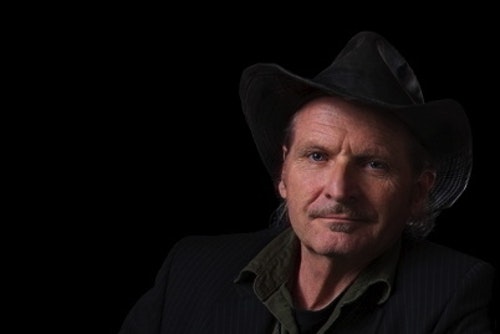 A world traveling troubadour with a long string of recorded songs and albums, Butch Hancock has been called “one of the finest songwriters of our time” and is acknowledged by his peers and critics alike as one of the premiere singer-songwriters Texas has ever produced. His tunes evoke mystical visions of wind-swept dry-plains and his lyrics are profoundly imaginative, often displaying for his listeners the miracles that occur in the ordinary through creative irony and metaphors. His lyrical style has often been compared to that of Bob Dylan and Woody Guthrie and his songs have been covered by the likes of Emmylou Harris. Hancock is also a member of renowned country rock super-group, The Flatlanders, along with his lifelong friends, Joe Ely and Jimmie Dale Gilmore, a band they formed in 1972.