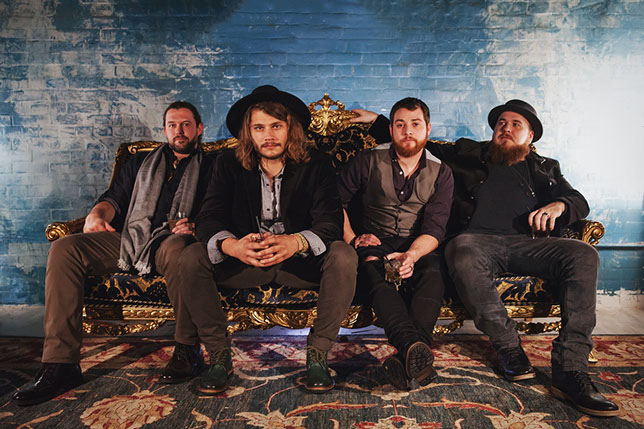 The story of Midnight River Choir is proof that sometimes great bands just happen. One night, four strangers ended up on a late night float trip down the Guadalupe River. As they made their way down the river singing songs, the beautiful harmonies floated into the heads of sleeping campers. The next morning, the boys overheard a man telling a friend that he was “awakened by a midnight river choir.” That was all it took. Eric Middleton (lead singer and guitarist), Justin Nelson (lead guitarist), Jeromy Yager (former bassist), and Mitchell Pyeatt (drummer), realized the magic of their combined talents and began writing and performing together under that River-God given name.

Their music speaks volumes about who and what they are. Their lives have been woven together by a strong thread of energy both on and off stage. That energy is raw and natural and soaked up from the earth through their bare feet. They believe that what you get is what you give and they give everything they have to their crowds. When that kind of energy lands back at the feet of the boys it is something of supreme intensity. And no one ever forgets it.