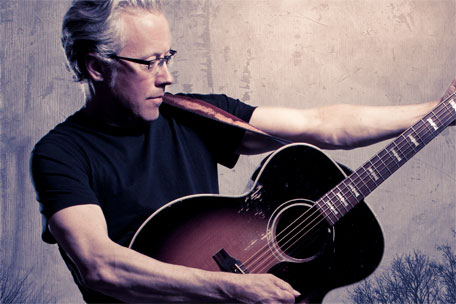 As a young musician straight out of Texas, Radney Foster spent the lengthy drives in between tour stops reading the likes of John Steinbeck, Larry McMurtry, and Harper Lee. Over 30 years of artist cuts later, there is no question that he himself is an established storyteller. Whether it’s navigating the ever-changing music industry or battling a sudden, terrifying illness – Foster definitely has a story to tell. For You To See The Stars is a project comprised of two parts – a book and a CD. The book is a collection of short stories published by Working Title Farm. Though the stories are fiction, they are informed by Foster’s upbringing on the Mexican border in Del Rio, TX. The story that most closely resembles memoir, “Bridge Club,” is a humorous and poignant retelling of the song “Greatest Show on Earth,” a recollection of playing music with family and friends on the back porch on a Saturday night.

For You To See The Stars is Radney Foster’s eleventh album. Foster has written eight number one hit singles, including his own “Nobody Wins,” and “Crazy Over You” with duo Foster & Lloyd. His discography contains countless cuts by artists ranging anywhere from country (Keith Urban, The Dixie Chicks, Luke Bryan, Nitty Gritty Dirt Band) to contemporary (Marc Broussard, Hootie & The Blowfish, Kenny Loggins, Los Lonely Boys).