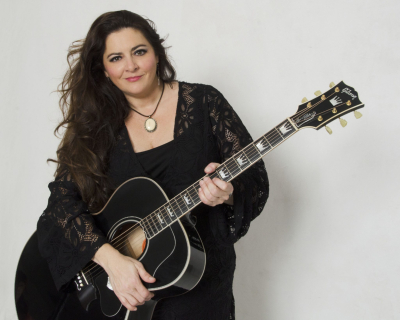 Some people enter a room and blend right in. Not Shelley King. She sweeps in, carrying herself with the strength and assurance of a woman who knows how to step up and get it done, whether “it” is leading her band, running her own record label or co-producing her new album, Building A Fire. If there’s a little swagger to her strut, she’s earned it. She has served as the first female Texas state musician, performed with Levon Helm, toured the United States, Europe and Japan and cut seven albums — including this one, her seventh, her second album to co-produce with members of the subdudes. She’s also the author of a song recorded by Lee Hazlewood and Nancy Sinatra; they duetted on “Texas Blue Moon” after Hazlewood heard King’s version on the radio while driving through the state. That might chalk up as a lucky break, but it’s King’s talent and tenacity that make such breaks happen.